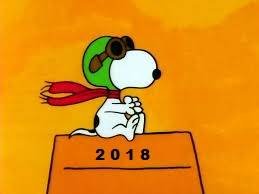 The first day of the Earth Dog Year is February 4 with the Chinese Lunar New Year occurring on the solar eclipsed New Moon in Aquarius on February 16, 2018. We welcome the sociable Brown Earth Dog into our lives as he takes the reins from 2017’s boss, the Red Rooster. They couldn’t be more different.

An old Chinese proverb says, “If a strange dog follows you home, your house will be blessed with prosperity.” Considered man’s best friend, Dogs are found everywhere we are, helping us be more human. Whether functioning as rescue workers in disastrous situations, guardians of property, farm workers, hunters, guides for the blind, or as just faithful pets and companions, Dog energy is an important part of our human landscape.

Dogs honor commitments and are direct and frank, emotional and spontaneous. They have no time for the superficial and frivolous. In the Earth Dog year, being helpful, caring for children, showing love and loyalty, and fighting for justice, integrity, and ethical behavior is the name of the game. And of course, it’s time for the underdog! Be alert for more than the usual number of ideological crusaders motivated by outrage and self-righteousness. And if a Dog has a bone to pick with you, watch your friendly Dog turn into a ferocious beast.

Dog is considered to be Earth and the year’s element is also Yang Earth. Big and in your face, 2018 carries very strong Earth energy. You might call it a massive mountain! Many will feel a huge obstacle blocking their progress and will need to find a way around or through it, exerting extra effort to reach their destination. Challenging to say the least, try not to live from a reactive place. Wisdom and strategy are necessary to find the best way to handle obstacles of all kinds.

The Yang Earth Dog brings to mind Hexagram 52 in the I Ching – Mountain over Mountain (“Keeping Still”). The positive quality of this massive mountain of earth energy is meditation, stability, and spiritual studies. The I Ching counsels that through meditation, one reduces the influence of what is inferior and increases the possibility of receiving assistance from the invisible plane. The negative manifestation of this image is inertia; slowness to change, laziness, and a conservative approach that blocks progress.

We have just completed two Fire years – Monkey & Rooster. Everything heated up. Excitement and passionate idealism were prevalent. But now the Fire has burned up, gone out and become Earth. All of that passion, excitement, and impulsive action has died down, transformed into Earth. The economic optimism evident in the previous two Fire years will disappear. Some experts say that Earth is the “grave of Fire”.

This has many implications from health to finances. Pay attention to your heart and blood circulation since they relate to hidden Fire and can affect your Earth element organs (spleen, stomach & pancreas) especially if you have a weakness there. The sensory opening of the Earth organ system is the mouth. In addition, Earth represents cells, muscles, and the nutrition necessary to maintain life. The negative emotions associated with the Earth element are things like too much thinking (worry, anxiety, free-floating stress), boundary issues, and inability to think clearly.

With so much Earth energy this year, emotional eating will be an issue with diabetes, weight-loss, toxicity from the environment, the food supply, and eating a healthy diet being major concerns. Be aware that excess Earth is also related to disorder on the cellular level manifesting in cancer. Think boundary issues on the micro level.

Don’t be a lazy dog! It’s time to prioritize stress management. Get off your haunches and move! Take advantage of this Earth time to create a stronger connection with the earth by spending more time in nature and cultivating your root. Hiking, Tai Chi and Qigong practice are all perfect! Nourish your Spleen system by feeding your Heart and Liver and paying closer attention to your diet. Take advantage of the Liver energy rising in the spring, to do a Liver detox so that the Wood element can better control the Earth tendency toward internal cellular disorder.

Previous Earth Dog years (1958 and 1898) teach us about how this energy might manifest politically and environmentally. Big events happened in Asia. In 1898, Qing Dynasty China was ruled by the Empress Dowager and continued declining with aggressive invasion by Russia and other western countries. The reform movement began there in 1898 but lasted only 100 days. The Dog year, being the “grave of Fire” can also mean that stubborn conservative elements resist progress and change. The Vietnam War escalated in 1958 and a great famine began in China that year, not ending until 1961. An estimated nearly 30 million died through a combination of a series of natural disasters and poor planning. America experienced a recession in 1958 with unemployment growing, NASA was created, and the microchip was developed paving the way for the development of computers.

Dangers relating to mountains (avalanches) and movement of the earth (landslides and earthquakes) are possible. On July 9, 1958, a 7.9 earthquake triggered a mega tsunami in Lituya Bay in the Gulf of Alaska. The most significant and largest known mega tsunami in modern times caused a massive 90 ton rock fall that created a sudden displacement of water that washed out trees to a maximum elevation of 1710 feet.

Worried about your investments? Industries performing well in the year of the Earth Dog will be primarily related to the Wood element since in the 5 Element Theory, Wood keeps Earth in check and Earth is a symbol of money to Wood. Fashion, media, paper, books, education, publishing, and anything having to do with the environment will have some success. Fire industries are next since they produce Earth – energy, finance, and entertainment. Since there is excess Earth, those industries will have to be competitive to get ahead (real estate, farming, mining). Metal (banking, machines, cars) and Water industries (transport, communication, & shipping) are not supported.

Whereas last year’s Yin Fire Rooster contained the protective “Nobleman Star”, 2018’s Earth Dog has no angels coming to the rescue when there is danger. In the Chinese calendric system, the Earth Dog is known as “Fai Kong”, an exceptionally tough, strong character that doesn’t surrender. Expect compromise to be difficult. As much as the Earth Dog wants peace and harmony, it might not be too easy to achieve.

Despite all of the obstacles, the Earth Dog is one of the best times to cultivate spiritual understanding and a more ethical, just society. On a personal level, loyal and honest to a fault, Earth Dog energy is very attractive and charismatic and whether mutt or pedigree, very responsive. Give this lovable beast your love and devotion, feed it well and you will have a friend for life. And if romance comes your way in 2018, you will be a lucky Dog indeed! Just remember that the Dog, though tamed, is a carnivorous animal whose characteristic voice is a loud bark.

Donate- If you find this information helpful, share your gratitude by sending some green love…I greatly appreciate your support!

Photographs, videos, and texts by Sharon Smith contained on this site are protected by United States copyright law and may not be reproduced, distributed, transmitted, displayed, published or broadcast without the prior written permission of Sharon Smith. You may not alter or remove any trademark, copyright or other notice from copies of the content. Fair use notice : This site contains images and excerpts the use of which have not been pre-authorized. Material on this site is viewable for learning and analysis. If you are interested in using any copyrighted material – such as the photographs or text – from this site for any reason that goes beyond ‘fair use,’ you must obtain permission from the respective copyright owners. If you are the copyright owner of any of the images shown on this site, and wish them to be removed, you can email me at taosharon@earthlink.net and the image(s) will be removed immediately.
%d bloggers like this: